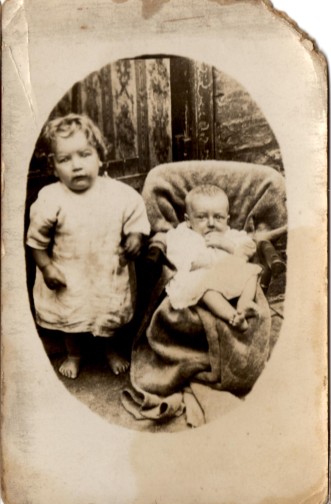 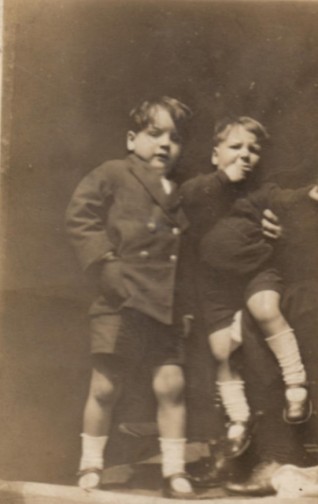 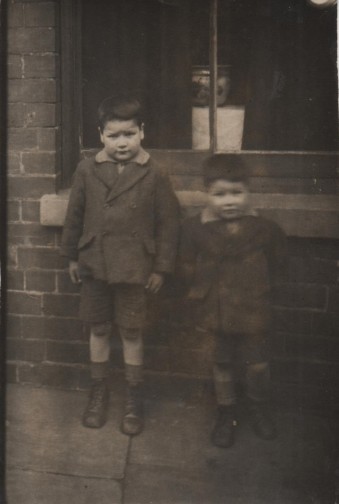 The photographs above show Frederick, who is on the left of each photo. The child on the right of the first photograph was one of his brothers, who I believe was John (Jack).

A very short but funny story that I was told about Frederick, involved him as a young boy and a tortoise that the family kept as a pet. One day, Fred decided to pick up the tortoise and place it on the record player, in order to see how quickly he could make it spin! I can just imagine what the poor tortoise was thinking, as it was spinning around, probably quicker than he had ever moved before! I can also imagine my Grandad laughing at it, as it span around quicker and quicker!

On 9th April 1938 at the age of 13, Frederick lost his father. I personally know how this must have felt for my Grandad, as I was 11 when my father passed away. According to a lot of family members (the children of Fred and also his siblings), Fred’s father who was also called Frederick was not very pleasant at all to his wife and children. Because of this, I believe the bond between Fred and his father could not have been very strong. This would have definitely affected how he felt about his father’s passing.

Fred sang in a choir, which was probably for St. Paul’s Church which was located on the next street to where he was living at the time; his childhood home of 13 Gibson Street. His favourite songs Amazing Grace and Danny Boy. When singing in the choir, he used to sing Danny Boy on his own. He also really enjoyed music that featured the bagpipes from being young. I have included a photo of the church below. 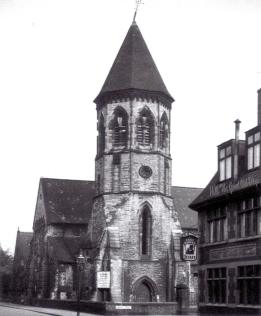 On the 1939 Register, Frederick was recorded as being a Messenger Boy and is living at 13 Gibson Street in Hull. He would have had to ride his bike from post to post around Hull, delivering messages that were attached to his arm, when the phone lines were down from the Hull Blitz. 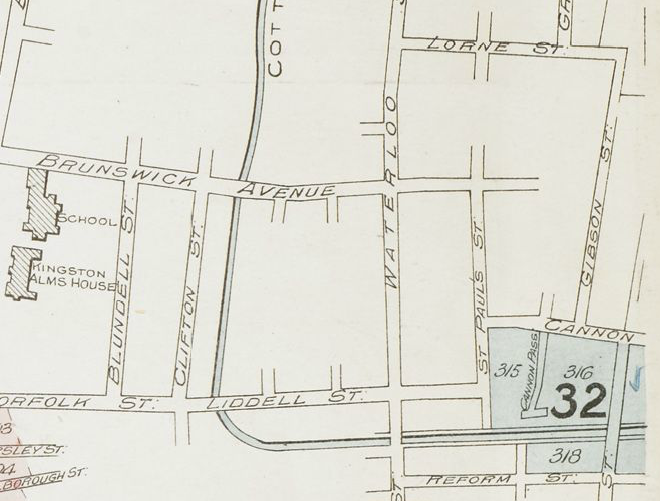 Frederick was to join the army, but he couldn’t due to having a hernia. So on 5th May 1942, Frederick began serving in the Home Guard instead. This was part of the National Service scheme that was in play, in the United Kingdom at the time of the Second World War. Fred did not go into the actual army as he had flat feet. Instead, he served his time in the Home Guard. Frederick served in the Home Guard until 31st December 1944. The photograph below shows Frederick in the Home Guards. He is on the second row from the bottom and is sat on the far left. 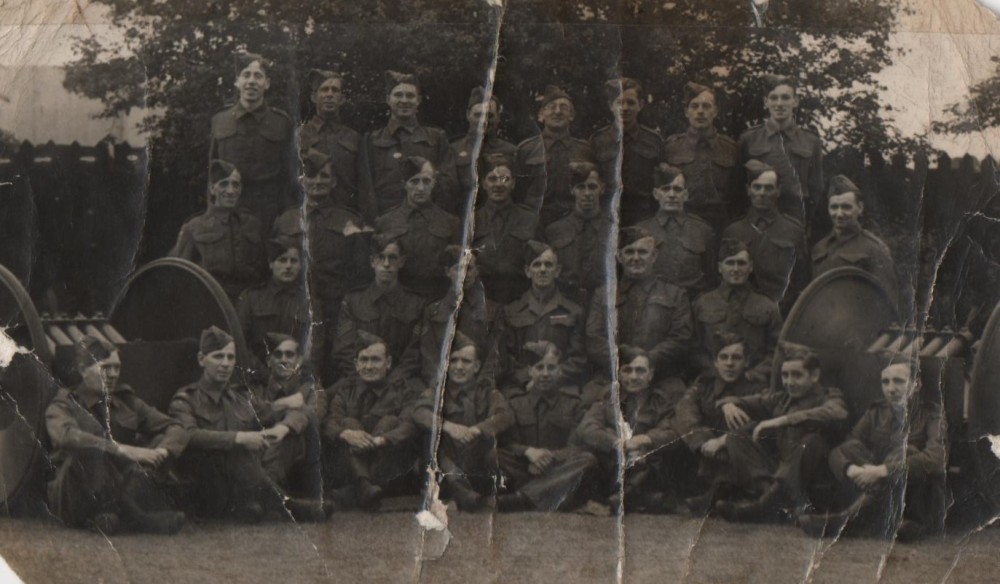 At some point during the last part of his time in the Home Guard, Frederick and his fellow soldiers were target practising with rubber bullets. After a while of shooting at the targets, Frederick was ordered to go and retrieve the targets. When he got to the targets, he started to collect them, when suddenly he started getting shot at! He had to scramble to find cover, and apparently none of the bullets (rubber) hit him! The man who had ordered him to retrieve the targets, also ordered the other soldiers to shoot!!

Frederick was a Machine Setter/Fitter/Driller at Richard Sizer’s and then later worked at Len Mansley Ltd. which was located on Chapman Street in Hull. He would have made metal washers etc.

Frederick was a member of the Hull Kingston Phoenix Cycling Club. One family story about Fred was that he biked from his home on Gibson Street to London in 13 hours on a Thanet 3 speed bicycle. He caught the early morning ferry across the River Humber to Lincolnshire and then took the A46 and met the A1 down to London. This was apparently just to see an auntie who lived there at the time. I am unsure of who exactly this was but my uncle Allan told me that it was somewhere near Regents Park. My auntie Janette said that there was an auntie on Frederick’s mother’s side, that moved to Hull from London. Frederick’s mother Lily apparently always talked about her sister. Auntie Janette said that she seems to recall the name Florence being mentioned. After a weeks holiday with his auntie, he came back to Hull, using the same route. The photograph below shows Frederick on his bicycle, most probably in Whitby. 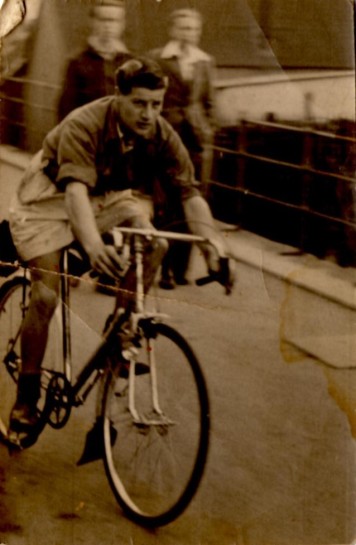 Fred was great at keeping the same pace on a bicycle over a long distance, so the cycling group used to use him as a pacer. They would go for bike rides from Hull to various places, such as Hornsea, all following the speed of Fred. When they reached the last stretch, the group would race each other and the last person to reach the destination would have to buy everyone their dinner!

On 28th July 1951, Frederick Allan Beacock married Thelma Baxter in Hull. The two photographs below show Fred and Thelma on this special day. 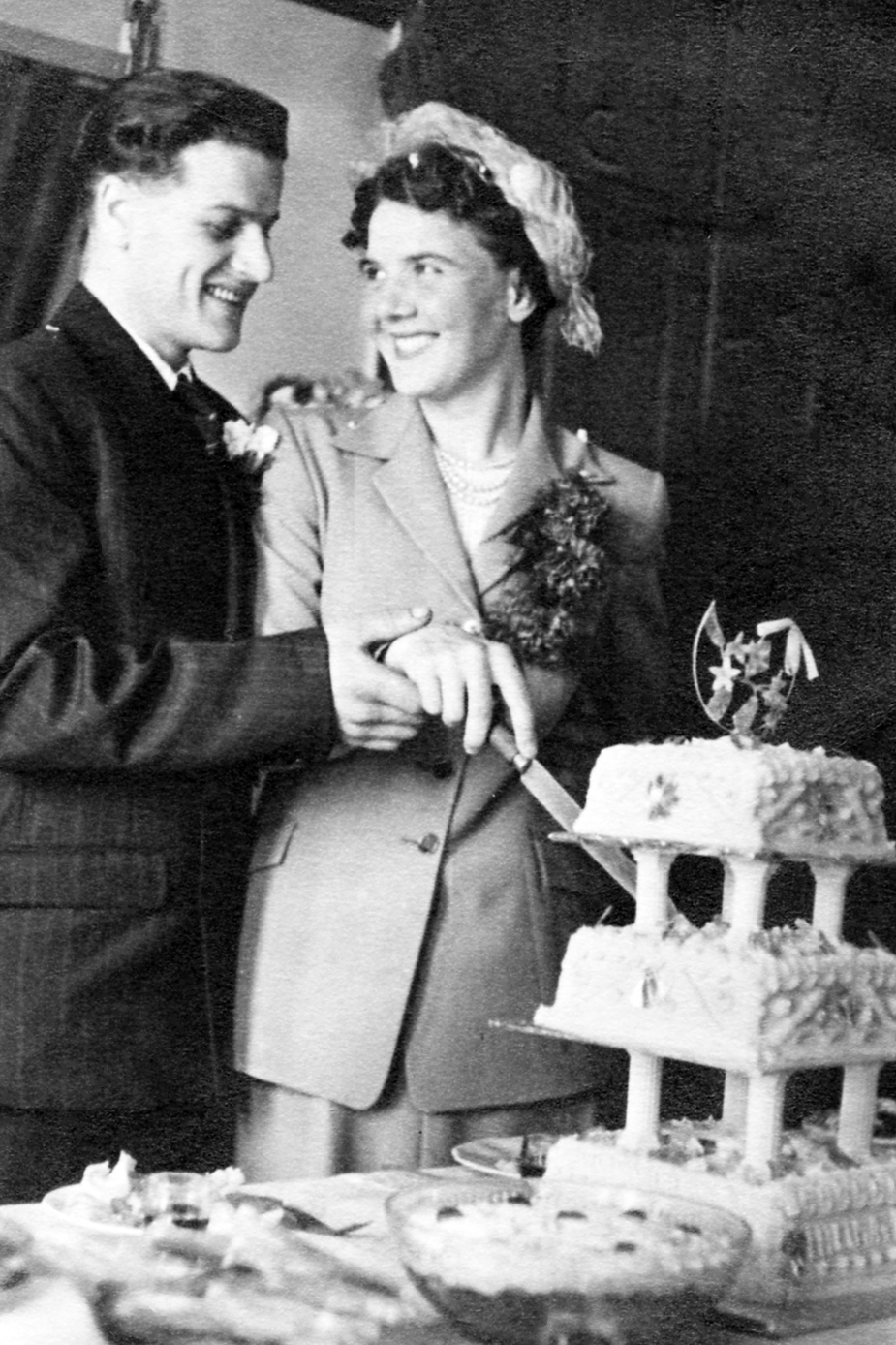 On 30th June 1970, Fred’s mother Lily, sadly passed away at Castle Hill Hospital in Hull aged 68. She died as a result of Carcinoma of the fundus of the stomach, which is a cancer in the part of the stomach, called the fundus. Fred was 45 years old at the time.

My mum recently told me that after my nana passed away, my mum would go around to my grandad’s house quite a lot. This is because at this time my dad was working long hours, and my mum was bored. When I was born she used to walk more frequently to my grandad’s house so that he could see me. She said that he would play with me and that he found me really funny. Although I liked to play a lot, I was apparently happy just to sit on his knee or with him. She said that at the time, I was the grandchild he saw the most because my mum was always there, and my dad used to take me around all of the time too! She said the only thing was, was that they didn’t bring cameras so there only seems to be one photo of myself and my grandad, where I am sat on his knee. I have included it below. I have blurred out my cousin’s face, just in case she didn’t want to have a photograph of her on the internet. 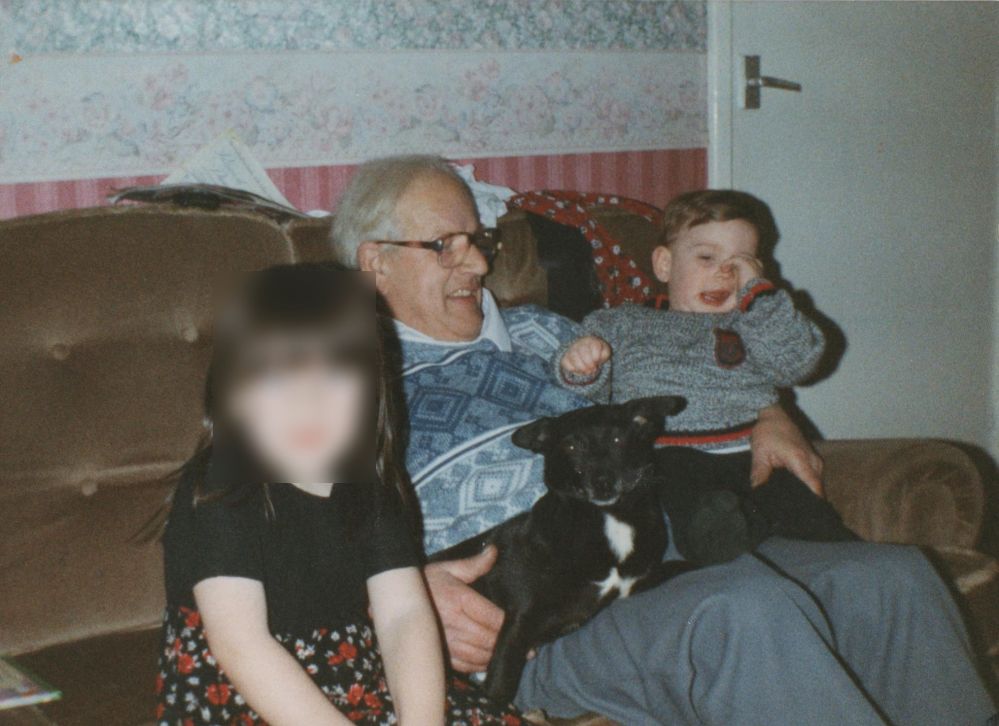 I remember my grandad Fred, but not totally as he passed away in 1998 when I was 2 years old. I seem to remember him being around though. He used to bike from his house on Kilburn Avenue to my house on Kathleen Road, in order to see me. My dad always used to talk about my Nana and Grandad, so I feel as if I still know a lot about them, even though I had a short time with my grandad and none with my Nana.

I still learn new things about my grandad and his life, every time I go to see my uncle Allan, auntie Janette and uncle Peter. My mother and maternal grandmother also knew my grandad Fred, so they often tell certain things about him too!

Thank you very much for reading,
Tony.